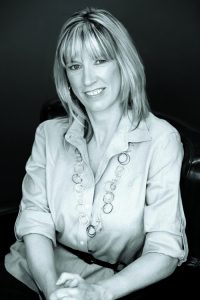 Dear Mom,
Today, I am baking an apple pie. As I rolled out the crust (cheated, with box mix!) and sprinkled the apples with a bit of extra cinnamon, I thought of you — your blouse sleeves rolled up to your elbows, your sneakers, your trusty rolling pin, and your smile.

I thought about the cinnamon crisp we used to make with leftover crust dough. And I can’t help but think about how lucky I am to have had a mother like you — always home, always cooking something great, always cheerful. Our home — and kitchen — was and still is the center of my being. I love you and your apple pie.

I wrote that letter to my mother on Nov. 1, 16 years ago. I found it a few months ago among her items, while moving her possessions from her home after she died this past March. She saved a stack of letters written to her over the years from her eight children. As I was sorting through that pile of stationery and cards this month, the apple-pie correspondence really hit me. Our home — and kitchen — was and still is the center of my being. Profound, but what did I mean? Simply that growing up in a home with a parent who cooked and baked somehow contributed to my overall well-being and happiness. I wanted her to know that baking is so much more than baking.

Her very act of cooking centered me, as did just being in a warm and busy kitchen. My mother was constantly whipping up magical flavors; it seemed mouthwatering scents were always wafting through our home. In the fall, when I’d dash straight to the kitchen after the school bus dropped us off, I’d cherish the sight of a jar of cinnamon and our big yellow Pyrex bowl out on the counter, because I knew that Mom must be baking one of her renowned apple pies.

I remember how I’d ask her if there was extra dough and she’d say, kiddingly, “Well, let’s see,” knowing that there would be. I’d watch her carefully place the upper crust on the pie, hold up the clear-glass pie dish almost to eye level, spin the pie around slowly and, with a knife, slice off the extra dough. It’d plop to the floured countertop and I’d thank my lucky stars, as that extra dough — along with a little lump she’d already put aside — meant we’d get to make what we called “cinnamon crisp.”

Basically, I (and my younger brothers) would roll out the leftover dough, dot it with butter, and then sprinkle it with cinnamon and sugar. We’d bake it right alongside the pie. Cinnamon crisp was the perfect after-school treat: warm, crispy, flaky, and oh-so-cinnamony. The taste of autumn.

That recurring pie-making scene is paring-knife sharp to me, as are the surroundings of all four of my childhood kitchens: The little radio Mom would have on for background music or a baseball game; our dogs’ food and water bowls on the floor, which we’d constantly trip over; the traditional cabinetry. Our last house’s kitchen suited her best, as there was an actual indoor grill. (We were the only ones in the neighborhood to have such a thing, indoors, in the kitchen!) In later years, she had a nifty rolling kitchen stool she’d use to prevent her feet from hurting. (Lest you think she spent all her hours there in oven-central, no, she did not. She played golf and tennis, enjoyed card clubs, and traveled plenty.)

In this issue, the kitchens we feature also suit their owners, and were designed for serious cooking and with family in mind. You’ll see that each of these cooks had specific preferences when planning their kitchens, for everything from grill-tool drawers to countertop garages for baking items. The homeowner in the condominium renovation story made her first priority her kitchen. A baker from way back, Kathleen McKay even made an apple pie the day before our photo shoot (the pie stars in the last story of the magazine, This Season). I asked her about the significance of the pie. She told me she comes from a long line of bakers. “We baked up a storm when I was growing up,” McKay shared.

My kids are gone, but in a week or so I’ll be making a little visit to a certain college student’s house. I’ll bring a homemade pie (Mom’s apple pie recipe, of course) ready to be baked, so he can take in the wondrous aromas. And maybe we’ll make cinnamon crisp together!