The laundry room, mudroom, and powder room, all located near each other in this new-build modern farmhouse-style home in Ann Arbor, feature saturated teals and pops of yellow. “I really wanted the laundry room to be bright and cheerful — something bold,” says homeowner Cynthia VanRenterghem. When VanRenterghem first shared with her interior designer, Laura Zender, that she was thinking of trying to work teal into the space, Zender quickly gave the happy color a nod of approval, even though VanRenterghem thought it “might be too crazy,” Zender recalls. “But Cynthia loves color,” adds Zender, who opened her design business in 2005. For this home, she and the homeowner collaborated on creating plenty of spirited hues for the busy family, which includes VanRenterghem’s husband and their four kids, along with a dog and two cats. “Everyone who worked on it said what a great combination of colors (it was),” VanRenterghem recalls of the teal and complementary yellows here and in the powder room. “I wanted to move away from the dark floors I had before, too.” Adds Zender: “My client had a clear vision, and (she) had a lot of input (as far as) the overall design of the entire home.” laurazenderdesign.com 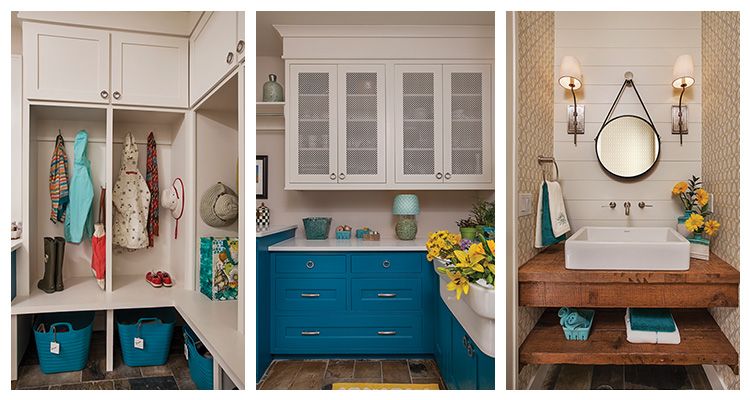 Sarah Robbins’ library in her Lake Angelus home “screams of her personality,” says interior designer Cheryl Nestro (left), of Northville-based Tutto Interiors. “Sarah’s vivacious, and a great businesswoman, and the only thing she told me before we started this project was that she wanted it (to be) all her, and plenty girly.” The perfect colors? Pinks, of course, with carefully selected dollops of gray along with crisp whites.

Transforming a huge “dark, over-the-top traditional” library has been a memorable and enjoyable experience for Nestro. “We started with the pink fabric on the chair, which has hints of gray, and built the space from there,” she recalls. “Then we refinished all the woodworking with gray paint and glaze.” The high-gloss white desk with Lucite legs and white lacquer baroque-style mirrors add an ultra-feminine touch. “It’s very eclectic,” Nestro says. “Traditional, modern, classic, and transitional are all pulled together in one room, which speaks volumes about the homeowner’s personality.” Adds Robbins: “Because I own a home-based business, it was important to have a space that inspired me. I enjoy things that are girly and glam. Cheryl has gotten to know who I am and what I like, and she made this space come to life for me.” tuttointeriors.com

With a cast of warm pink, orange, and persimmon shades, this zingy Ann Arbor living room has a paletteful of energy — yet it’s the perfect spot to relax and restore, which has proven to be a true respite for the mother of the house. “I’ve always loved oranges and fiery persimmon-tumeric colors,” says designer Krista Nye Schwartz, co-owner of Ann Arbor-based interior design firm Cloth & Kind with Tami Ramsay, who is based in Athens, Ga., the firm’s other location. That passion is exactly what is conveyed in her living room. A large antique Indian textile was the inspiration for the entire room. In addition, the designer specifically commissioned the painting above the sofa for the space. “There’s a global aesthetic here with traditional paisleys, an Oushak vintage rug, and modern pieces of art.” As for wall paint, she went for neutrals to “bring out the colors of the textiles, rugs, and art.” Schwartz and Ramsay are experts in textile trends and often speak on the topic at design conferences. clothandkind.com 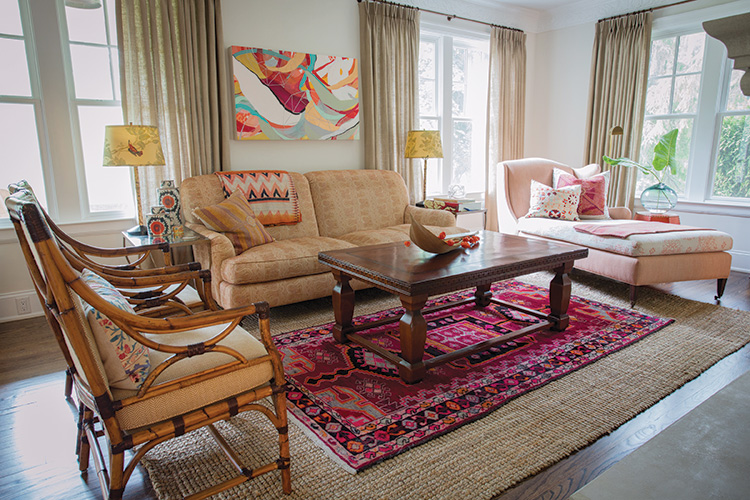 The driving force for this color palette was all the blues and greens outside, and the landscaping and blooms — bright pinks and corals, very tropical,” says Kathleen McGovern of the Casey Key, Fla., vacation home of a couple of Detroit residents. McGovern, based in Grosse Pointe Park, is owner and senior designer at Kathleen McGovern Studio of Interior Design. She and architect Mark Johnson, of Pleasant Ridge-based Mark Johnson & Associates, were involved in the extensive overhaul for about two years, along with a Sarasota builder, McGovern recalls. “The homeowners loved azure blue, which is the color of the water there, so that’s what we started with — and what they looked out to through windows that gave nearly panoramic views.” Keeping the palette on the cool side, she selected patina silver finishes and white Carrara marble in the kitchen. The space’s French Oak floor adds charm. All of the kitchen cabinets were custom-colored azure, the same as the glazed Moroccan backsplash tiles. “The white island provides a visual relief to the vibrant cabinetry color,” McGovern explains. A lot of wood, bamboo, natural rattan, and leather ground the powerful palette. “The key to using strong colors is to add texture and interest, like the sea grass rug and McGuire chairs in the dining area,” McGovern says. She balanced the saturated color with other parts of the home that are quieter and more neutral. “That way, it doesn’t spin out of control.” The home impressed actress/comedienne Rosie O’Donnell so much that, a litte more than a year ago, she purchased it, “with pretty much everything in it,” McGovern says. “The homeowners were looking to downsize and, with the sale, they moved to a smaller home down the beach.” kathleenmcgovernstudio.com 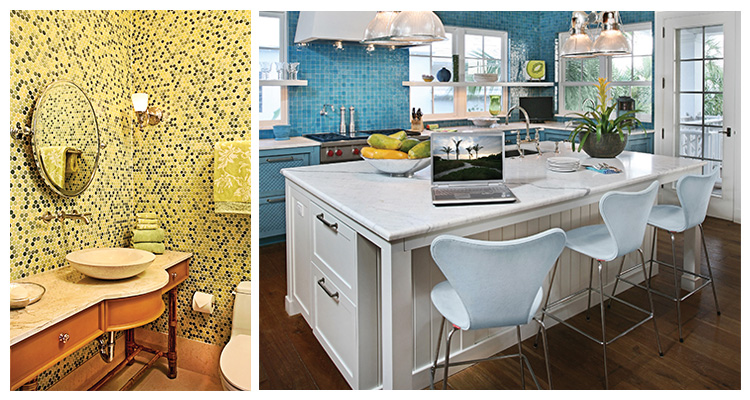 Because this Birmingham great room was designed for a single father of three teenage children who wanted something that would be fun for the family now, but also something sophisticated for himself in the future, designers Arturo Sanchez and Barry Harrison, principals of Art | Harrison Interiors in Royal Oak, chose a color palette that was based on camels, grays, and varying shades of blue — ranging from indigo to sky. “The dominant element in the room, besides the Fond du Lac split-stone fireplace, is the Darya Ikat fabric (from F. Schumacher & Co.) that we used for the large sofa and the drapes,” Sanchez says. “It was selected for its bold pattern as well as its unifying colors, but we only used that fabric on one of the two sofas. Doing it on both would have made the room too busy.” All of the fabrics have a Nanotex finish.  “Nanotex is a Michigan-based company that makes fabrics almost indestructible,” Harrison says. The writing table, designed by Art | Harrison, was strategically placed behind the smaller sofa. “It’s in the perfect spot for the father to sit and finish work, while still engaging with his family,” Harrison says. The camel-color wool sisal-like carpeting was bordered with a cut pile to give definition to the space and to create yet another sense of texture, while the room’s coffered wood ceiling was designed to complement the barrel-vaulted ceiling that’s found in the adjoining room. The homeowner says, “Visitors to my home almost always mention how much they like these ceilings.” Overall, the homeowner says, the great room is “a (wonderful) place for both kids and adults to entertain.  And I also get a lot of compliments on its hominess.”
artharrison.net — Judith Harris Solomon 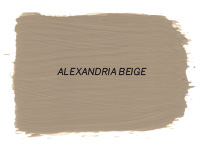 When Jennifer Duda-Imamura, interior designer and owner of The Velvet Plum Distinctive Designs in Plymouth, was asked to create a room for a past Junior League of Detroit Designers’ Show House, she decided a teen retreat theme would be just the ticket. “I wanted to do something teenish, adolescent, and vibrant — a really pretty room with a hot pink, crushed orange, and white color palette,” she says.  “I really like the color combination because it’s very girly, and I think both the damask patterned fabric and the velvet are very feminine. When this room was done, hot pink and orange were really hot,” Duda-Imamura says. thevelvetplum.com — Judith Harris Solomon

A splendid concoction of mochas, creams, ivories, and pastel blues makes up this soothing master suite lady’s sitting room that was part of the 2014 Junior League of Detroit Designers’ Show House. Interior designer Elisabeth Meda, of Elisabeth Meda Interior Design of Grosse Pointe, says, “Soft blues have made a comeback.” Her jumping-off point for her color inspiration was the rug. The color combination, she says, is calming. “When you mix the warm browns and sands with the cool blues and grays, you get a peaceful effect.” Another added touch: High-end drapery (not shown), which makes a huge impact due not only to its luxe fabric, but also to how it’s hung, Meda says. “Often, when I hang drapery, I put it right under the crown molding, which adds a feeling of height to the room.” In addition, note the three paintings that hang unexpectedly high above the windows. “Everything was done to provide a visual effect of more height.” elisabethmedainteriors.com 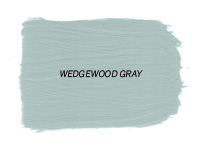 I was thinking of men’s suits,” says designer Kristin Ross of Grosse Pointe-based Finish by Red Décor. Not literally, of course — but in color proportions, absolutely. “I consider the 60-30-10 rule. Think of a man’s suit, shirt, tie, where 60 percent will be a main color, then 30 percent a complementary color, and just 10 percent will include the pop of color, like in the tie.” She applies the rule to everything from master suites to this laundry room. “A laundry room is normally a mundane space; no one looks forward to hanging out in a laundry room,” Ross says. She decided to make it “a place you wouldn’t mind being in, where you can fold comfortably and maybe have a cup of coffee or a glass of wine — whatever your poison.” This laundry room, which was part of the 2014

Junior League of Detroit Designers’ Show House, features a washtub for the pet, too! “I first started with the yellow ottoman and then chose the ceiling colors and yellow stripes (a nod to sunny skies).” The ottoman features an all-weather fabric that serves as a cozy and comfortable spot to dry a just-bathed pet, or it’s a convenient place to rest a basket of laundry. “It’s both easy on the back and pleasing to the eye,” Ross says. Rays of sunshiny yellow also appear in accessories and artwork. “Even the orchid has a tad of yellow,” she says. finishbyreddecor.com 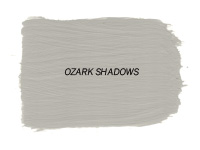