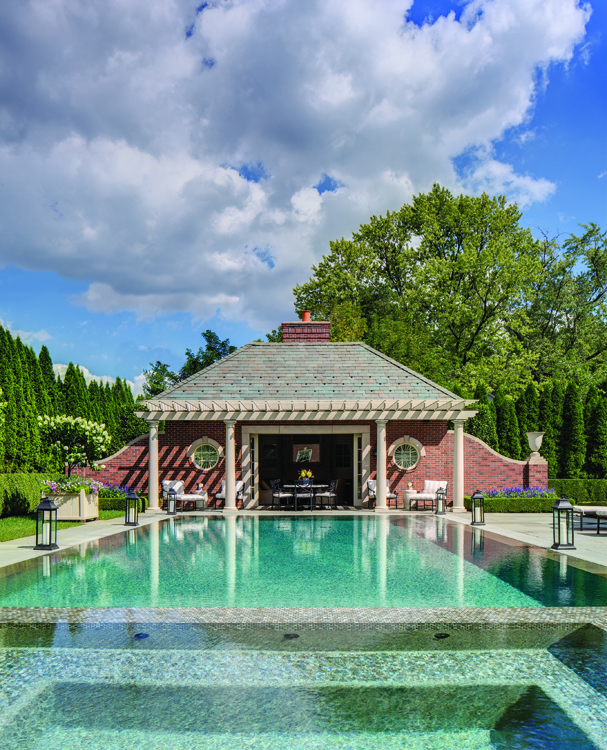 We love living in Birmingham,” says Kappy Trott. “We love that we can walk downtown, (we love) the restaurants, the small shops. We love the city.”

Five years ago, when the needs of her family — including husband, Dave, and three nearly grown children — began to outgrow the classic neo-Georgian home they’d built 15 years ago, they started considering their options. When contemplating a move, the couple made their proximity to downtown a priority.

The family also wanted an eat-in kitchen that could suit a guest or two, so they could dine casually without having to eat at the kitchen island or go into the dining room. Plus, they were ready to update their traditional style.

And they wanted a pool.

“We like to have friends and family over, and we thought it would be nice to be able to have outdoor parties and barbecue by the pool,” Trott says.

They were ready to sign on a new, larger house, when the couple stopped and reconsidered. “We got to talking about our current house,” Trott says. “Dave and I were about to become empty-nesters, and we didn’t want more space that would need to be maintained — we just needed some changes.” 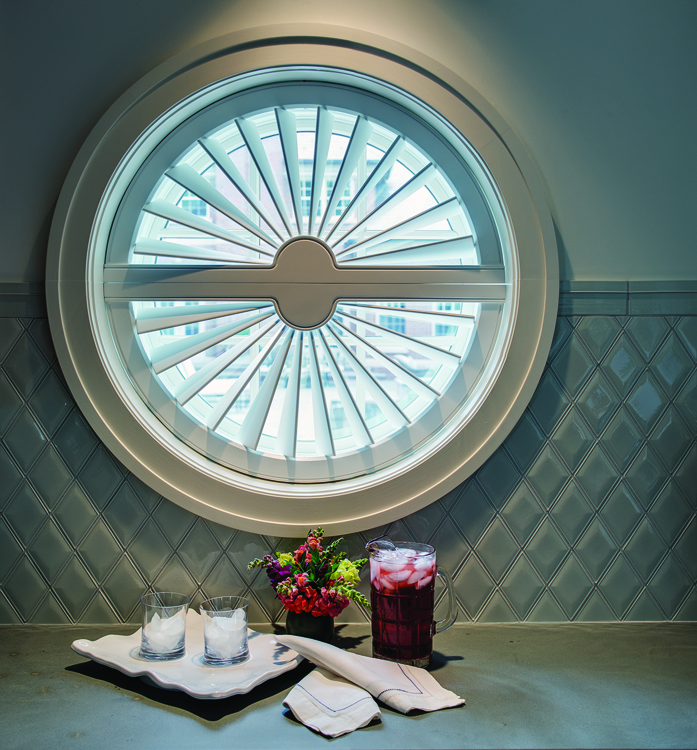 So she called on her longtime designer, Craig Steinhaus, owner of Craig Steinhaus & Associates in Birmingham, and Victor Saroki, owner and president of Saroki Architecture in Birmingham, to create a great room and a mudroom, and make a handful of other improvements. The kitchen redesign was done with de Giulio Kitchen Design.

“Kappy was ready to evolve to a more modern look with a little less color,” says Steinhaus, who transformed the tones of the interior from caramelly-gold, cranberry, and green to an emphasis on texture with warm contrasts of chocolate and taupe.

Along with the renovations, the team added a pool.

“They’d always wanted a pool, (so they could) stay at home on the weekends and have this lovely, casual place to hang out with friends and family,” Steinhaus says. “Kappy wanted (an outdoor) fireplace, but then we thought about soaking-wet (kids) traipsing through the house.” The fireplace idea grew into a bathroom, which then became a pool house; now the entire yard is protected by massive arborvitae designed by Matt Whetstone, co-owner with dad, Bill, of Greater Detroit Landscape Co. in Warren.

“Birmingham is constrained by smaller lots,” Saroki says. “We really had to think about the size and shape of the pool and the pool house.” The team agreed on a common vision of a rectangular pool, built by Gillette Brothers Pool & Spa in Troy, which offered the cleanliness and simplicity of design while working well in relationship to the existing house. It also permitted enough space to swim laps, one of Kappy’s requests.

The resulting design, modern with elongated lines and a raised spa at one end, shimmers with a hint of 1920s elegance. Tiled with an Italian glass mosaic, the zero-edge pool is the center axis of a straight line from the main house to the pool house.

“The pool house, too, is intentionally symmetrical, so it has a balanced look in the yard,” Saroki says. “One of the things we like to do with pool houses, because they’re smaller structures, is to create a charming folly in the landscape — we can do things with it that we can’t do with a main house because of its size.”

For this particular folly, Saroki designed a wing-walled exterior that echoes the main house. Inside, a fully loaded home in miniature is washed in easy-to-maintain, beachy comfort. A kitchen, with sandblasted cabinetry designed by Steinhaus, waits to one side of a cozy — and waterproof — fireside sitting area, while a full bath doubles as a changing room. Below the radiant-heated bluestone flooring, a lower level stores furniture and more; the staircase is hidden at the back of the structure.

“I couldn’t envision that we had space in our yard for this,” Trott says. “I thought a pool house would be huge and overwhelming, but it looks as if it’s always been there. Victor made it blend in perfectly.”