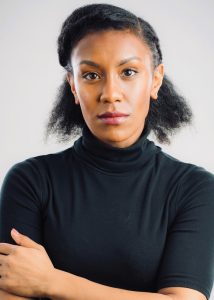 From clothes to cars to spaces,  Kayla Cooper of Kayla Cooper Design has pretty much designed it all. Although Cooper’s styles and practices may have evolved over the years, her love for design and the creative process has not waned for a second. She began her career in Washington, D.C., but now travels to create modern, minimalist spaces with an accent on sustainable influences.

Based out of Pennsylvania, Cooper loves clean lines and strong architecture.
kaylacooperdesign.com 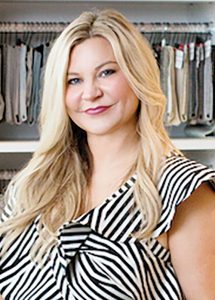 Renée Gaddis of Renée Gaddis Interiors has been recognized as one of Naples, Fla.’s, top interior designers for more than a decade. Her designs attract and inspire the area’s top architects and home builders, and her work can be found in leading residential properties. Gaddis is known for styles ranging from Coastal to Contemporary to Transitional. Her projects have been featured in numerous national publications, including The Wall Street Journal and Architectural Digest. reneegaddis.com 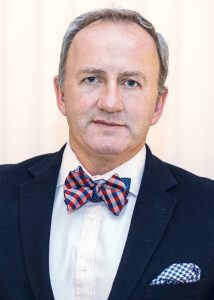 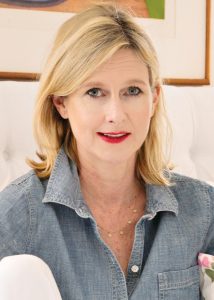 Dana Gibson is a designer and business owner who enjoys successful partnerships with Stroheim, Norwalk, Soicher Marin, and The Plum Stitchery. Her first collection of hand-sculpted decorative ceramics caught the eyes of major retailers, and her fanciful vases, platters, and tureens embellished with birds, bees, tulips, and fruit are highly sought-after. Gibson has also collaborated with major companies to produce furniture, art, fabric, wall coverings, and more. danagibson.com

Chicago’s Anthony Michael of Anthony Michael Interior Design specializes in classical and contemporary interior design. An extensive knowledge of architecture, art, and design history, as well as an education at the acclaimed L’Ecole Des Beaux Arts in Paris, adds dimension to his work. Michael has been the recipient of many industry awards and accolades, including the Designer of the Year and Retail Designer of the Year from the Chicago Tribune. anthonymichaelinteriordesign.com 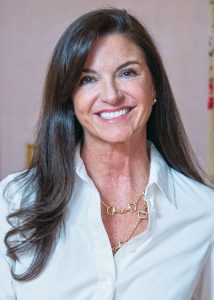 Meggie Hosler, founder of Meggie H. Interiors, has been creating classic spaces from New England to Florida for more than a decade. Raised in Massachusetts, Hosler has an appreciation for Colonial architecture and antiques, and regularly works with her clients’ family heirlooms, incorporating them into timeless interiors. Her work has appeared in national magazines, and she’s been recognized as a designer who’s waving the flag
of New Traditionalism. meggiehinteriors.com 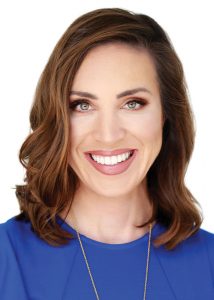 Hendrickson Interiors is a full-service, custom interior design firm owned and managed by designer Julianne Hendrickson. Hendrickson was born and raised in Winter Park, Fla., but has lived in Tampa with her husband and two children for the past 10 years. Hendrickson Interiors was founded in 2015 and currently serves more than 30 clients a year. Her favorite touches include bold, modern color and soft, monochromatic textiles. hendricksoninteriors.com 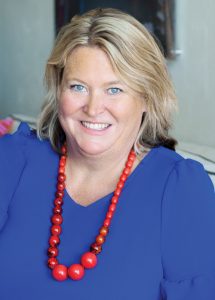 Barrie Spang has been an interior designer for 25 years. She worked  for a residential interior design firm in Cleveland for 22 years before starting her own firm and home décor store, Sapphire Pear, in 2015. Spang is inspired by color, and continually encourages her many clients to venture beyond their comfort zone when it comes to design and color. The designer has completed projects in New York, Chicago, Lexington, Ky., Washington, D.C., Florida, the Carolinas, Colorado, and Greece. sapphirepear.com 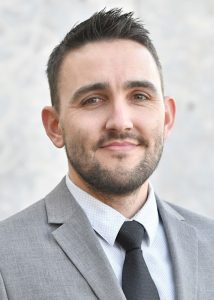 Utah-based Kinley C. Puzey, AIA, has a remarkable portfolio that ranges from public art installations to humanitarian efforts on a Navajo reservation and multimillion-dollar custom modern residences. He holds a master’s degree in architecture from the University of Utah, where he was awarded the College of Architecture’s highest award, the AIA School Medal and Certificate for Merit and Excellence. In 2015, he founded Onyx Design Collective. onyxdesigncollective.com 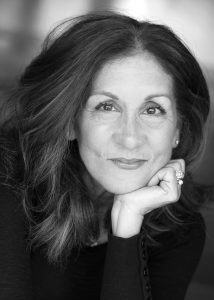 Los Angeles’ award-winning Four Point Design Build Inc. is led by interior designer Laura Muller, in partnership with her husband and general contractor, Cliff Muller. A graduate of UCLA’s Master of Interior Architecture and Design program, Laura has served as the professional development director and president of the Los Angeles Chapter of the American Society of Interior Designers and has been voted to the top 15 of the TOP 100 Design Influencers by Modenus (2018, 2019). fourpointdesignbuild.com 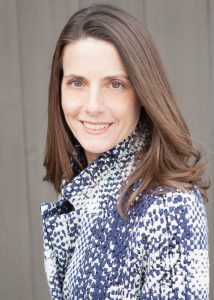 New Preston, Conn.-based interior designer Karen Davis has more than 25 years of design experience, including 19 years as the founder/owner of Davis Raines Design. Her work has been featured on the pages of New England Home and Architectural Digest. Her work was also featured in two episodes of Treehouse Masters. She was recently named president-elect of the board of directors for the American Society of Interior Designers’ Connecticut Chapter. davisrainesdesign.com