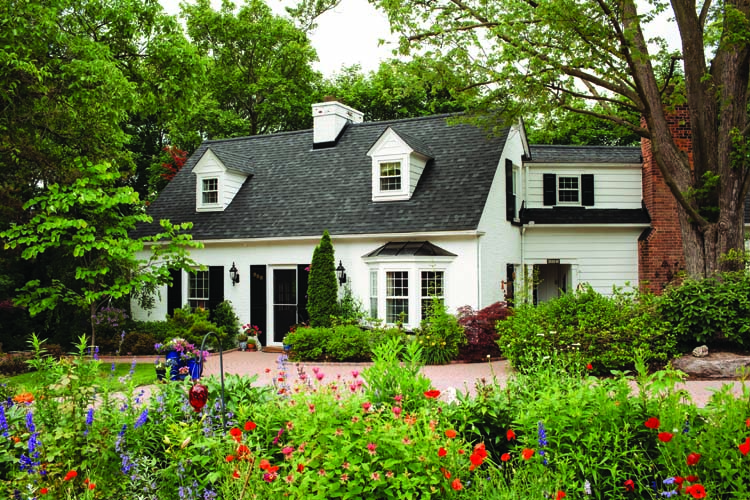 Those who know artist Julie Dawson well understand that she’s a woman of courage. She’s traveled to dozens of countries, chatted with and photographed strangers aplenty, has participated in numerous speaking engagements, has given inordinate amounts of personal time to nonprofits and charities, and is an author with five books under her belt. And on top of all that, she’s an artist — her watercolor paintings convey both careful study (her florals are enchanting) and boldness, especially when it comes to subjects ranging from personality-filled animals and groups of children from faraway countries to the most detailed and complex “kaleidoscopes” (also called mandalas).

Through it all, Dawson rides life’s waves of sorrow and joy with optimism and a what’s-next attitude. She exemplifies fellow artist Georgia O’Keeffe’s greatest observation: “To create one’s own world takes courage.”

Dawson’s creative world is a universe that incorporates an undertone of humor, splashes of lightheartedness, color galore, whimsical characters, striking florals, a never-ending curiosity, and a cheery studio.

Those elements can be found in her residence, too. The 1930 Birmingham home and studio, which are nestled among numerous perennial gardens and outdoor sitting areas, reflect all that is Dawson. Every fabric, every wallpaper, every garden rock and flower, every adornment — and each of her paintings, too — has an up-close-and-personal story behind it.

You can tour Dawson’s world on The Community House’s annual Birmingham Home Tour, scheduled for Sept. 24 (see bottom of page for details).

On a recent visit to the charming abode, whose white exterior echoes the color of nearby fluffy white peonies, the artist shares that she’s crazy about her new master bedroom and recently updated sitting area.

“I’m up in the trees,” she says, peering out from the second level to huge, soaring maples that hug the space’s windows. “This room looks out over my rock garden and secret garden — so fun!” Beyond the trees, the Rouge River flows peacefully past sloped, wooded terrain.

Her decision to create the new space came after putting up for years with a ceiling leak. “This was originally just a flat roof that was over the dining room. It leaked for nearly 42 years!”

The room with a view begs for a front-row seat, so she purposefully added a comfortable chair and ottoman where she can put her feet up and soak in the outdoor beauty. “I’m going to teach myself to sit here and read,” the energetic homeowner says with a laugh. “It’s hard for me to just sit, but I’m going to give it a try.”

Nearby, in the sitting room off the master suite, is an enchanting fireplace and colorful tile surround with a fascinating story. “When this house was built in 1930, originally with a Cape Cod style, the homeowners (he was the home’s architect) received the tiles as a wedding gift from a decorator in Grosse Pointe,” Dawson says. “I think in the 1950s, the homeowner at that time then painted them with thick white paint to go with her blue-rose wallpaper. When we uncovered the tiles, we found these!” The collection of tiles showcases whimsical animals and more — right up Dawson’s alley. Of course, the artist just had to have bedding to complement the tiles, so she purchased animal-themed fabric in Paris at the Tissu Market, brought it home, and commissioned a local man to create a one-of-a-kind quilted bedspread. And voila … it’s right at home with the tile surround.

New chairs in the sitting room also showcase Dawson’s passion for animals. This time, however, she created the pattern herself. “I used fabric dyes and paints to create the animals (giraffes, goats, birds, etc.) from the tiles on the fabric,” she explains, adding that she used a fabric that absorbs paint nicely. “It was great that I got to do this on both chairs, because I could plan to have the animals from each chair all going in the right direction, toward each other, rather than lined up and going out of the window,” she laughs.

Near the chairs is a wall of new, cedar-lined cupboards with charming ceramic knobs (from myknobs.com). “These cupboards are great because they self-shut,” she says. They’re also great because, once again, during the renovation a secret was revealed.

“My carpenter came running downstairs, yelling, ‘Look what I found!’ It was a portrait of an older woman in colored pencil, and it must have been in the walls for some 60 years.”

As Dawson had no idea who the woman was, she immediately put on her detective cap. “I invited the man who lived here in the 1950s to come over to see it. He thought his sister in Flint might know who it was, so we drove up to Flint to show her and she’s still trying to figure it out.”

If the hallway walls could talk, they would have some intriguing things to say, thanks to a fabulous spoon collection that hangs just outside a guestroom. Dawson, who has amassed quite a number of spoons from her great Aunt Julia (for whom she was named), explains that each utensil was once owned by a relative of hers.

“When Aunt Julia died, she left me all these spoons, and she knew the story behind each one — some of them are told in these handwritten letters (which hang near the spoons, along with old family photos, including Great Aunt Julia riding a camel in Egypt at nearly 80 years old .)” One fascinating story involves Dawson’s grandfather, who was in the San Francisco earthquake. “He was living in a boarding house and had to jump out of a window, and took a spoon with him!”

Over the years, people have given the artist bells from their travels, so guests are likely to spot several of these beauties around the home. People give them to Dawson because of her love affair with bells, documented in a book she created with her photos; it included stories about 500 bells she and her husband discovered in their travels to 57 countries. Not only is the book — Seeing the World Through the Heart of its Bells —  about bells, but it also describes customs, culture, history, and more.

Dawson’s home — from its “tree house master suite” to its art studio and garden sitting areas — flows with a joyful sea of colors, a variety of artistic adornments, and large and small watercolor paintings by Dawson.

In most rooms, blue reigns supreme. “Blue and white is such a fresh color combination, and many countries have traditional pieces in blue and white,” Dawson says. “Blue is a happy and serene color. In a study of favorite colors around the world, it turns out that blue is the color of choice.” (For more on the many shades of blue, see this issue’s Color Corner department.) A screened porch with a wall full of blue-and-white adornments reaches out to the trees, and just off that room is Dawson’s spacious  painting studio (a former garage), of which she’s happy to give tours.

In the dining room, she hosts friends two or three nights a week, “but I don’t cook,” she says. “I can, but I don’t choose to, so it’s usually some great take-out.” She’d much rather be painting or in the garden tending to her “abundant peonies, brilliant poppies, and dramatic clematis,” — or maybe up in that new bedroom enjoying a book!